Home / Who We Are / History 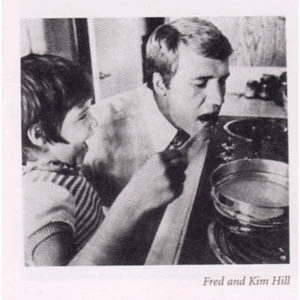 In 1981, the Junior Service League of Sioux Falls adopted the Ronald McDonald House concept as one of their service projects.

In June of 1983, the property was purchased at 2001 South Norton Avenue and groundbreaking ceremonies were held in August. On December 15, 1983, the Sioux Falls Ronald McDonald House became the 55th facility to open worldwide. RMHC South Dakota now consists of two houses, where any family is welcome regardless of income, distance traveled or illness of a child.

Today the board, staff, and volunteers remain as strong and committed as the day the first house opened on Norton Avenue.

It all began in Philadelphia in 1974 when Kim Hill, the daughter of Philadelphia Eagles football player Fred Hill, was being treated for leukemia. Hill approached his teammates to join in an effort to fight this horrendous disease. After months of fundraising, a new oncology wing was built for The Children’s Hospital of Philadelphia.

The doctors there noticed that parents spent weeks camped out on hospital chairs and ate from hospital vending machines as their children were being treated. Plus, many families traveled great distances and were facing financial difficulty as a result of their child’s illness and could not afford to stay at a hotel. And so the dream to provide housing near the hospital began.

With the help of Don Tuckerman from the local McDonald’s advertising agency, a promotion for the St. Patrick’s Day Green Milkshake (now called the Shamrock Shake) was created, with the funds devoted to purchasing an old house near the hospital. McDonald’s had one request – that the house is named after their favorite clown, Ronald McDonald.

At last, on October 15, 1974, the first Ronald McDonald House was officially opened. 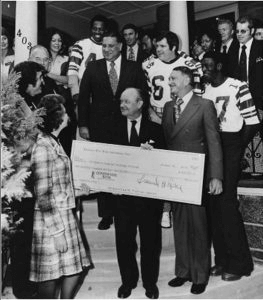 A Chronological History
1981 to Present 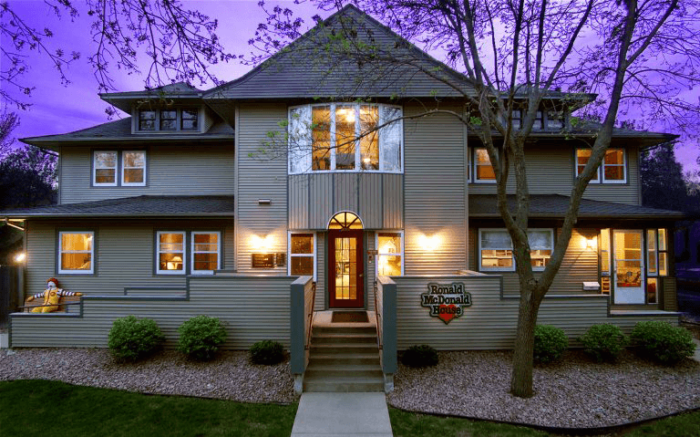 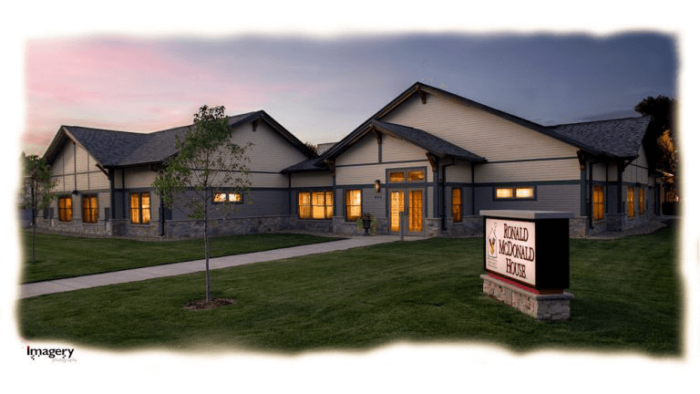 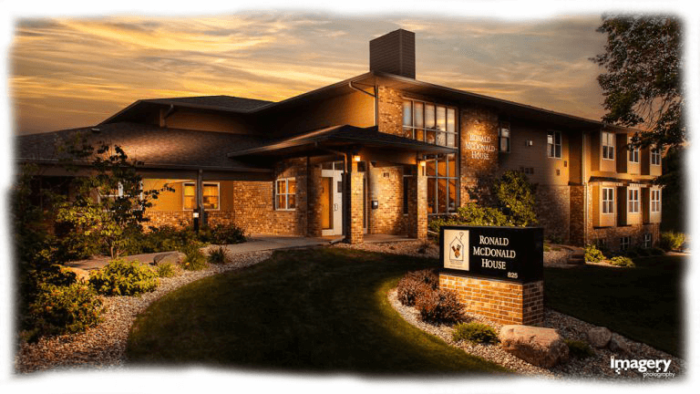 The Ronald McDonald House located on Norton Ave. was a nine-bedroom, 7,200 square foot home-away-from-home for families of children receiving medical care in Sioux Falls, SD. The House was located in central Sioux Falls, approximately 1.5 miles from Avera McKennan and an equal distance from Sanford Health (then known as Sioux Valley), the Children’s Care Hospital and various physicians practicing in Sioux Falls.

After 25 years at the Norton location, Ronald McDonald House Charities of South Dakota started a new chapter in its service to families with sick and injured children. As part of a $7 million project entitled “Growing the House that Love Built,” Ronald McDonald House Charities of South Dakota opened two new Ronald McDonald Houses in the span of 18 months. Gifts from Avera McKennan and the Junior League of Sioux Falls enabled the charity to open a new house on the hospital campus of Avera McKennan in August 2008. Gifts from Sanford Health and the Home Builders Association of the Sioux Empire brought to fruition an 18-bedroom house on the Sanford medical campus which opened to families on January 13, 2010. The Norton house was sold to Augustana University in June of 2009 to be used for student housing.

In the fall of 2014, the decision was made to expand the house on 825 S Lake Ave. from 18 rooms to 21. The project was completed by the end of 2014 which included a children’s education room to conduct family-centered education activities.

Though the incorporated name and physical location have changed over the years, the mission remains strong and enduring – providing a home-away-from-home for the families of sick and injured children coming from all over South Dakota and various parts of surrounding states. The board, staff, and volunteers remain as strong and committed to keeping families close as the day the first house opened on Norton Avenue.